You know how I love a garden visit?  And how I always try to find a garden when I’m in an area for another reason?

Well, Saturday saw me near Basingstoke as the OH is taking a break from golfing to go salmon fishing in Scotland (it’s all go) and he, together with waders and rods, needed delivering to a friend’s house, so Saturday also saw me garden visiting.  It was an absolute scorcher of a day so some of the photos have struggled a bit with the differential light levels, but what a garden!

West Green House was originally built in the 1720s for General Henry Hawley, and his descendents continued to live there until 1898.  Since then there have been a number of transformations, firstly, a garden redesign at the turn of the 20th century, and then further enhancements to the garden by Evelyn, Dowager Duchess of Wellington and her cousin, Yvonne FitzRoy up until 1939.  The house and garden were left to the National Trust in 1957.

In the 1980s, Quinlan Terry added various follies and birdcages for the then tenant, Lord McAlpine, but an IRA bomb in 1990 badly damaged the house to the extent that the National Trust considered demolishing it.  Instead, they elected to repair the fabric and sell it on a 99 year lease to someone who would complete the restoration of the house and bring life back to the magnificent garden.

And that person was the Australian Chelsea Flower Show medallist, Marylyn Abbott.  In 1994 she purchased the lease from the National Trust and consequently funds the restoration of the house and garden herself.

Since her tenure the gardens have not only been restored but developed further and, using her links to the Sydney Opera House, she has also introduced opera to the garden, and by coincidence La Traviata was due to be performed later that evening.

The garden has a formal walled garden close to the house with wonderful colour themed planting – hot in the centre, 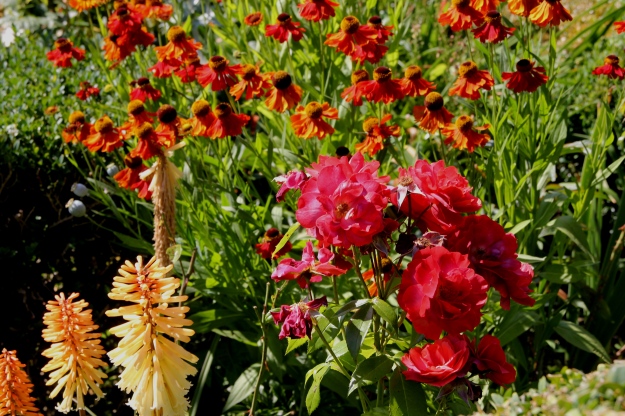 with cooler planting at the perimeter. 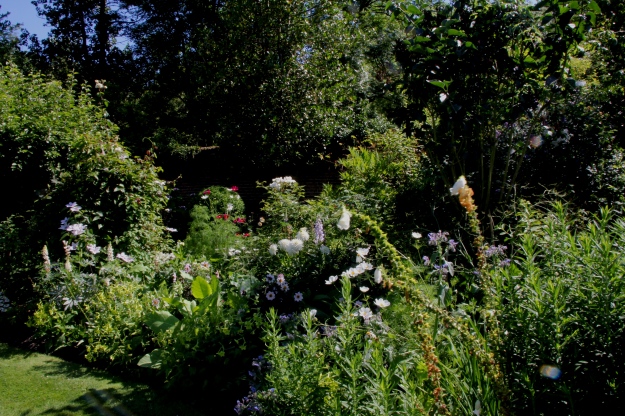 There were a lot of these (I think) ‘Teddy Bear’ sunflowers around in pots, which I’d seen previously in seed catalogues and rejected for not being very sunflower like, and also being dwarf, but actually, in common with many things in this garden, they were great fun and really worked.

The garden is absolutely full of structure, not only endless immaculate hedging and topiary 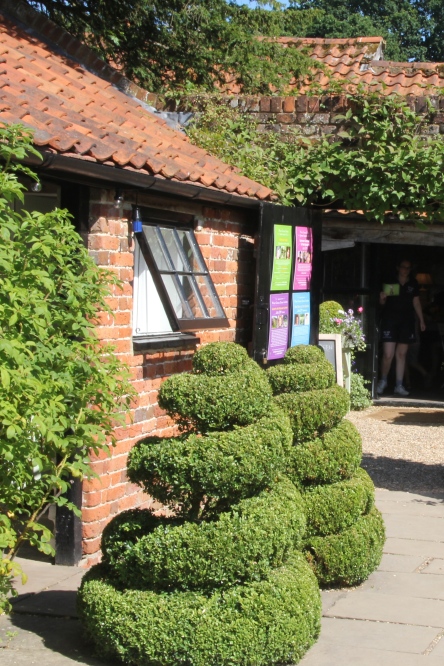 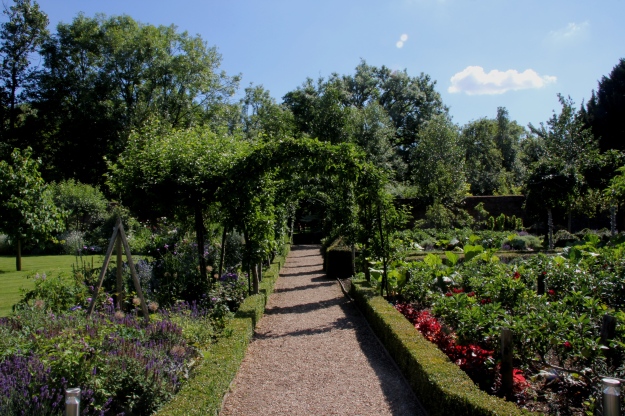 Beyond the stunning walled garden, the ‘Dragon Garden’ leads you out to the wilder area around the lake. 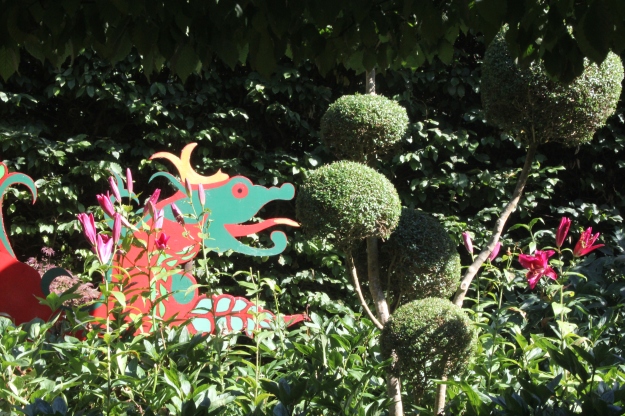 Here the planting was largely shade loving plants including hostas and hydrangeas, together with some wonderful mature trees.  Oh, and look what we espied across the lake 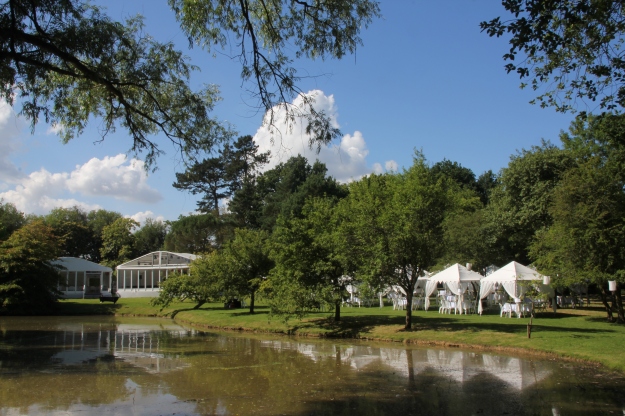 We got a little closer 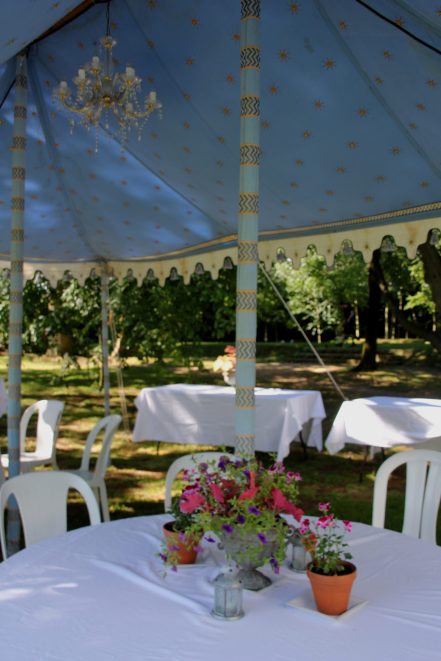 I wish I had a ticket! 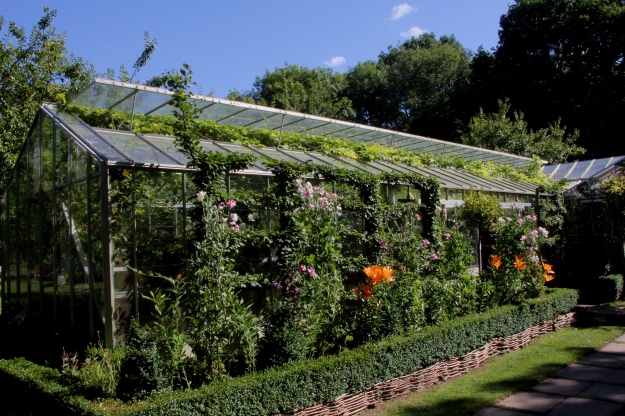 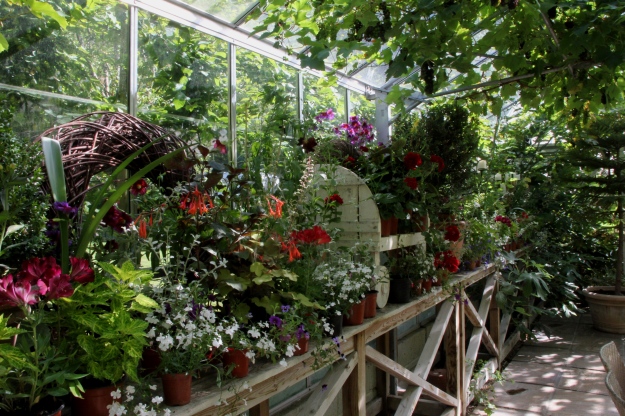 And to finish?  The most elegant chicken shed I’ve ever come across. 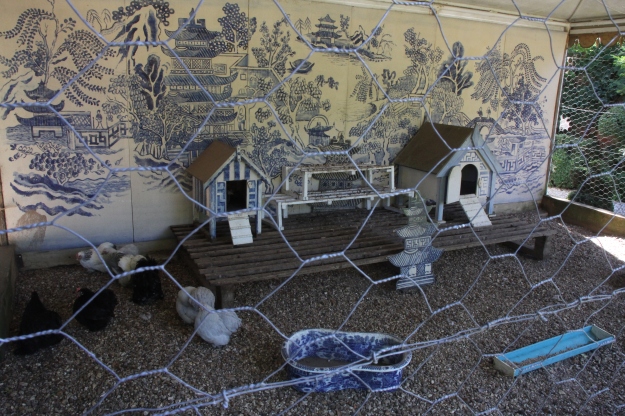 With thanks to West Green House Garden and the Marylyn Abbott.  Witty, interesting and inspiring, it was an absolutely joy.  I’d definitely like to return, preferably next time with a ticket to the opera.  I wonder if they always have such perfect weather?