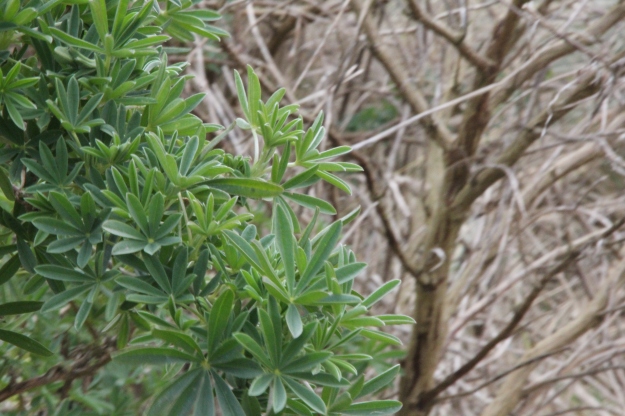 This picture sums up the look on the Duver at the moment as the season changes from winter to spring.  Much of the Duver is still brown, but there are increasing  flashes of green.  The leaves above are of one of three yellow tree lupins which reach up to about 5 foot.  The perfect new leaves look so fresh and optimistic against the surrounding drab.

Another promise of the future is this perfect rosette of Digitalis, covered with an almost Jenga like formation of dried out grasses. 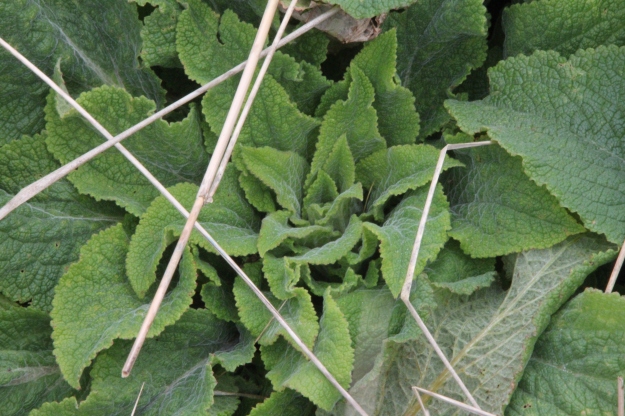 There’s plenty of fresh green growth on the Butterbur, 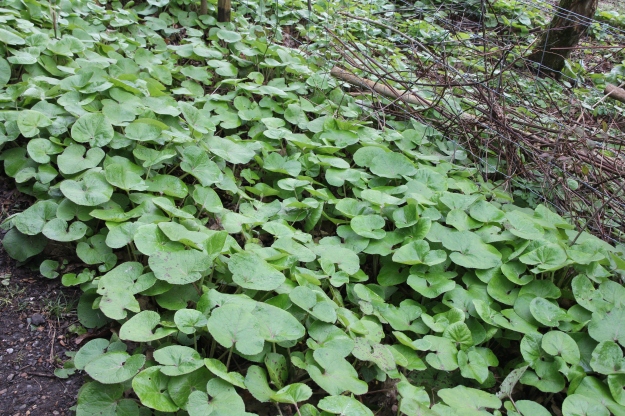 and more flowers than I remember seeing in the past. 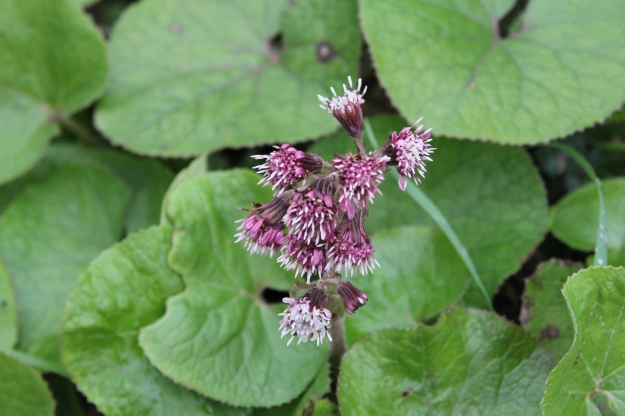 There are also still a lot of Wild Garlic or Ramsons,  Allium ursinum, flowering, particularly in one spot at the base of an oak, 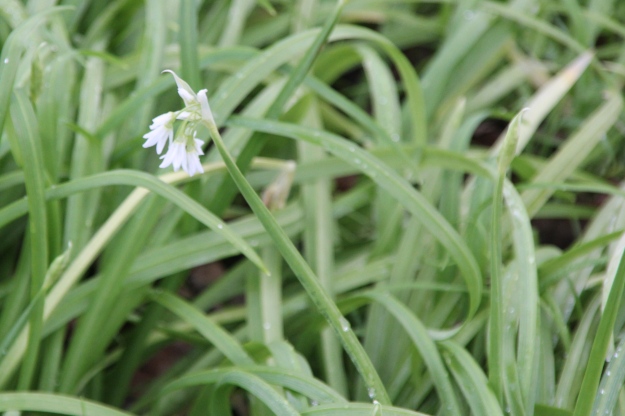 as well as, close by, Winter Cress, Barbarea vulgaris, which I haven’t noticed before. 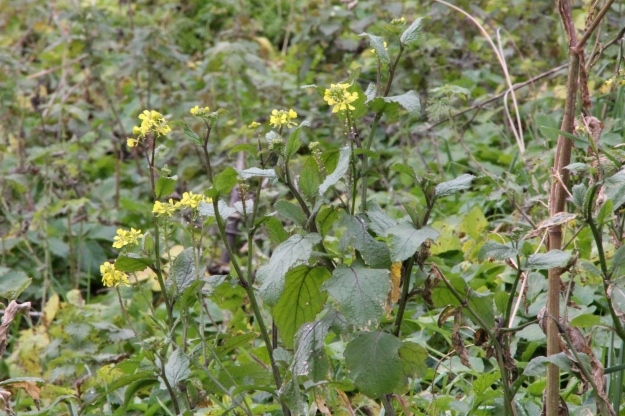 And, whilst I like to think that spring is on its way, there doesn’t seem to be much sign in a whole month from January’s photo, on the left, to this! 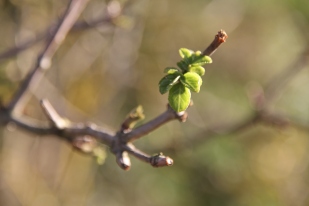 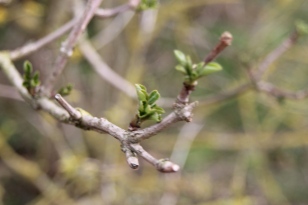 With thanks as ever to Gail at Clay and Limestone for hosting the Wildflower Wednesday meme. 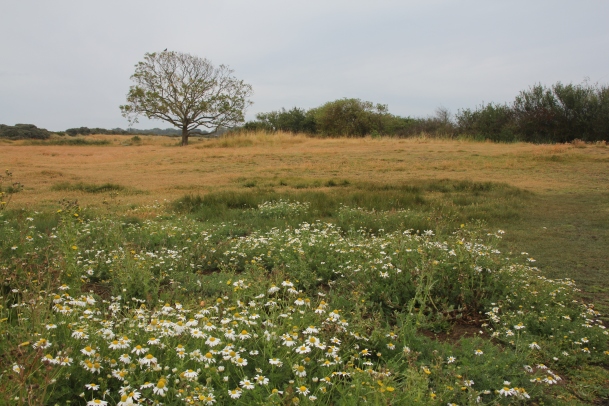 As we’ll be away over the end of the month, this is a quick post put together just before our departure.

The island has been so dry recently that the Duver is really parched in areas, and yet certain plants are still performing spectacularly.  The chamomile in the foreground is, I think, more floriferous than I’ve ever seen it.  Is it the dry it likes or is this a delayed appreciation of the very wet spring? 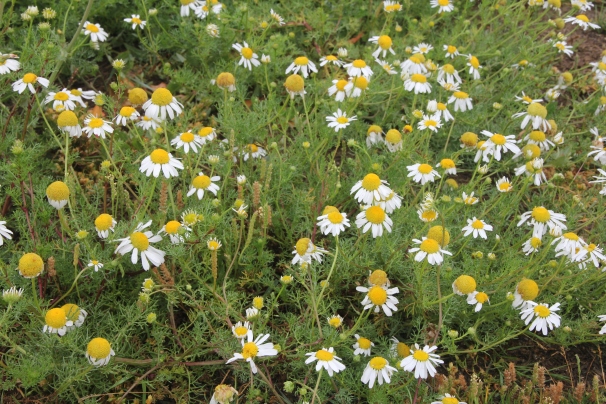 Another plant doing well I haven’t noticed before is deadly nightshade, Atropa belladonna – extremely toxic and yet used to make the drug Atropine. 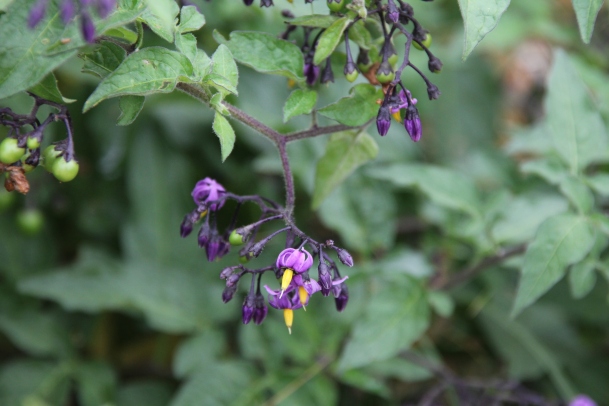 Whilst some plants are still coming into flower, plants previously featured are turning to seed – tree lupin (Lupinus Arboreus), 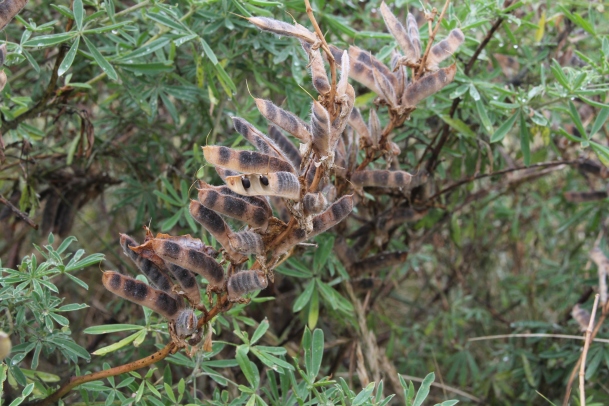 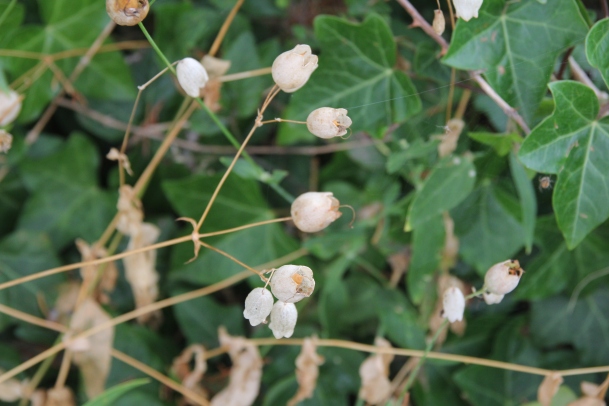 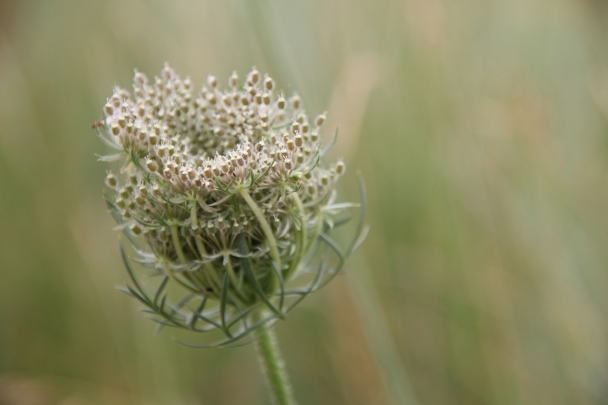 Meanwhile the grasses are still stunning, 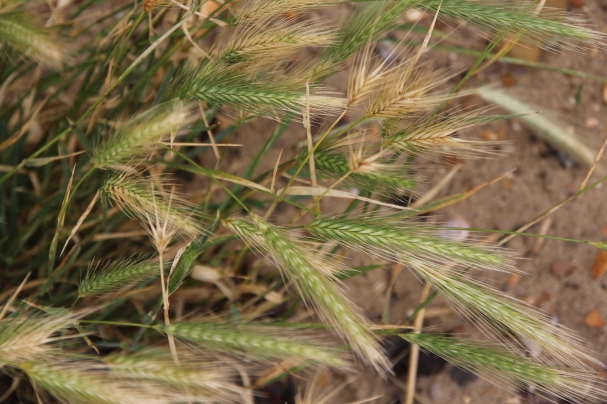 and full of wildlife, some small, 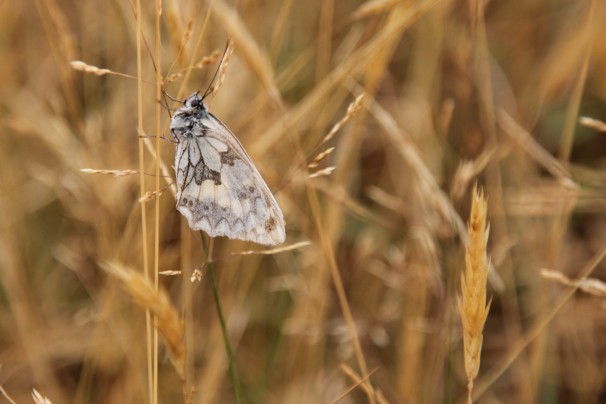 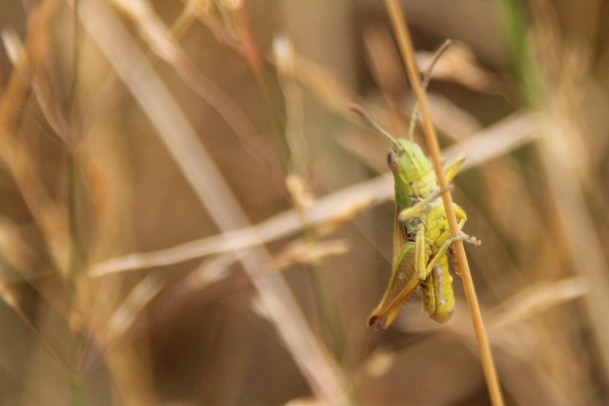 and some really quite big! 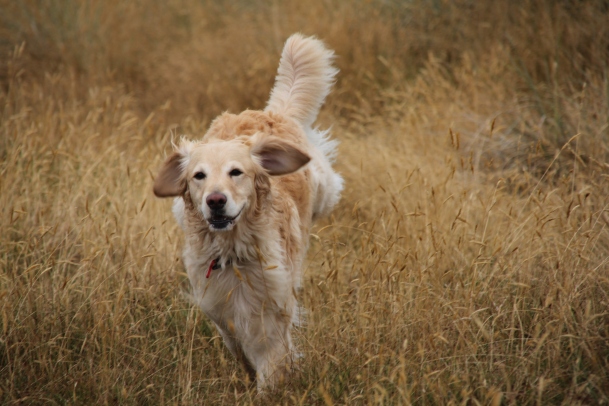 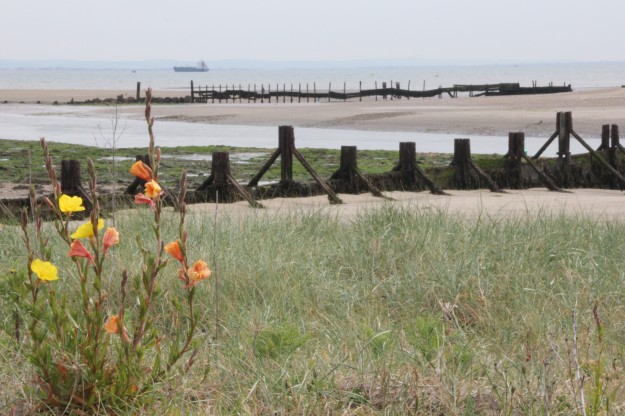 Since my last Duver post there have been great floral developments on the Duver.

Firstly, the foxgloves (Digitalis purpurea), which I worried might have been depleted by some over enthusiastic council clearing, seem to be back in full strength.  The seeds can germinate decades after dispersal (much like poppies), so if this year had been disappointing, I suppose all would not have been lost.

I love the density of flowers – my foxgloves, grown from seed, cossetted at every step of the way and protected from council ‘enthusiasm,’ are nothing like as impressive.  Nature eh? 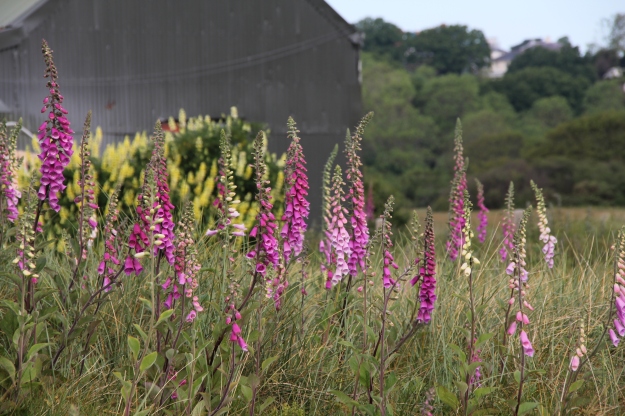 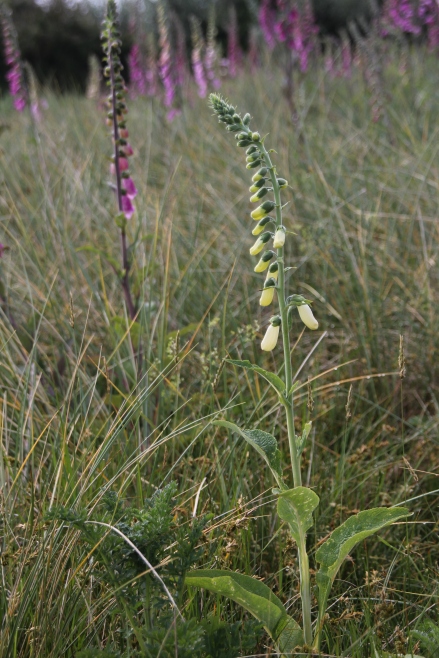 Also, behind the foxgloves in the first picture is a magnificent Tree Lupin (Lupinus Arboreus). Apparently lupins were brought to the UK by the Romans who used them as food for themselves and their animals, but also ploughed them back into the soil as green manure.

The Isle of Wight is known as a Roman settlement (there is a fabulous Roman Villla not far away at Brading), so amazing to think there may have been lupins here for 2000 years.

There are a number of tree lupins in this area and this one, in a much more shady position, will clearly be flowering later than the one above. 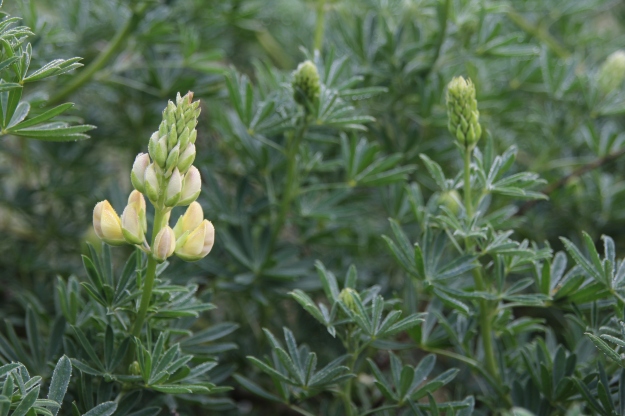 On a sandy spit which protrudes south into the mouth of the Bembridge Harbour is a magnificent colony of Evening Primrose (Oenothera biennis).   I love the way the colours differ on the same plant, depending on the age of the the individual flower. 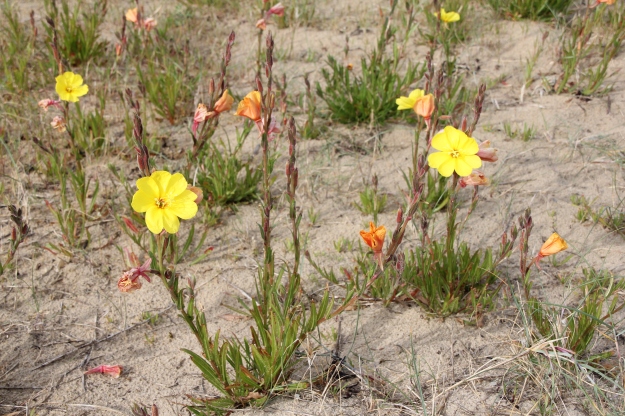 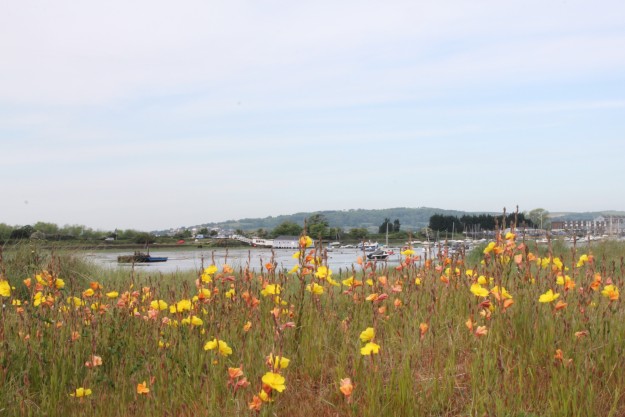 On the same sandy spit is a beautiful small clump of Bladder Campion (Silene vulgaris) . According to Sarah Raven it’s ‘edible and said to taste like peas – the young shoots are good in a spring salad or as quickly wilted greens’.  However, as the clump is not very big I will leave them well alone. 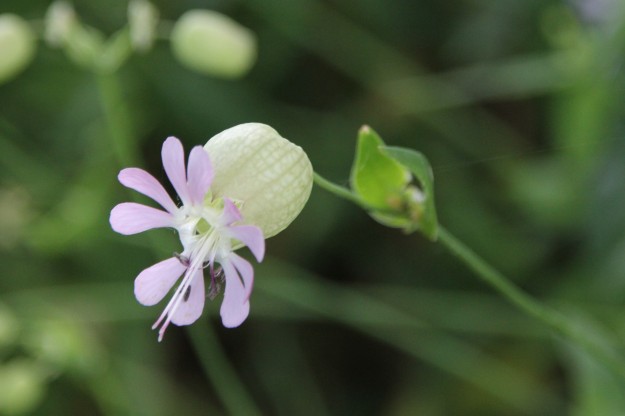 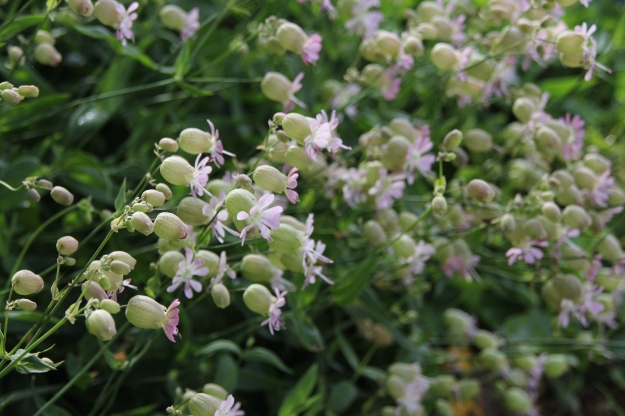 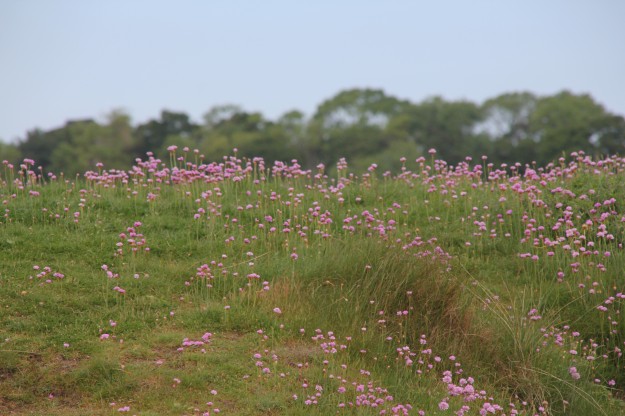 Post script   I’ve been alerted by Chloris from The Blooming Garden, to ‘Wildflower Wednesday’ and, although this was posted on Monday, I’ve decided to join in.  I also think I might try to coordinate my future ‘Duver’ blogs with Wildflower Wednesday in the future.