Oh dear, very late with EoMV this month and, bearing in mind these photos were all taken before the snow, it feels like such a long time ago!

I love these pots of Elka Narcissi , some of which I think are still left over from the Wedding Flowers (although I did plant more).  I love them in pots as a change from the rather ubiquitous Tete a Tete, and was interested to see them featured in an article on pots in this month’s Garden’s Illustrated – but theirs were in a very handsome lead trough rather than rather grubby terracotta!

Some rather leggy Erysimum in the drive bed, but no sign of the Narcissi here yet.

Although this photo was taken before the snow, you can see the Osteospermums were already looking rather tatty.  So far they seem to have survived the recent chill, but are definitely now looking even more chewed around the edges.  I’m still hoping to take some cuttings so hope they can survive until I do.

The Hellebores are fine with the chill. 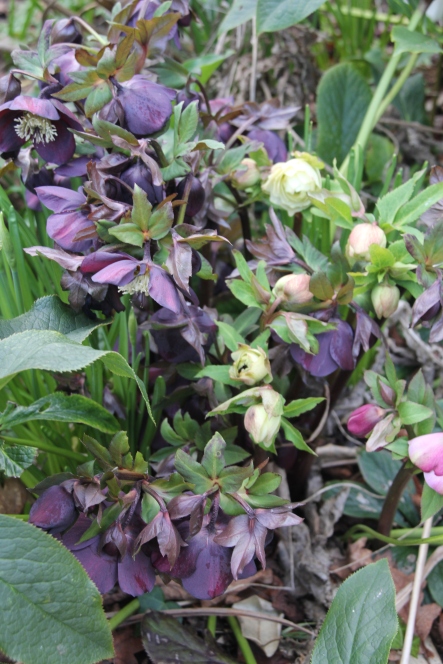 Thankfully we moved nearly all the pots (many of which had been left outside but under the glass canopy) into the greenhouse and, even though the greenhouse isn’t heated, they seem to be ok.

there’s been little progress with the mulching. 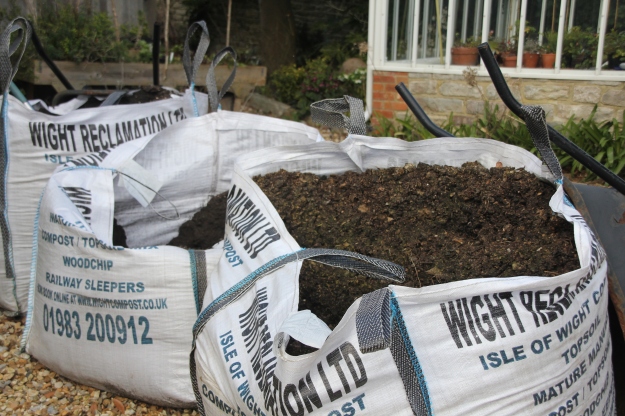 Out and about, not much to see except numerous self seeded Euphorbia characias ‘Wulfenii’ – the bulbs, not surprisingly, seem behind where they were this time last year.

I finally took the chicken wire off the Grass Bed and it seems to have had the desired effect of protected the bulbs from nibbling creatures.

The Bronze Bed is full of ‘bulbous’ potential but the Melianthus major behind has now been clobbered by the cold and is looking very sad.  I had resolved to cut it back in the spring anyway, so no excuses now! 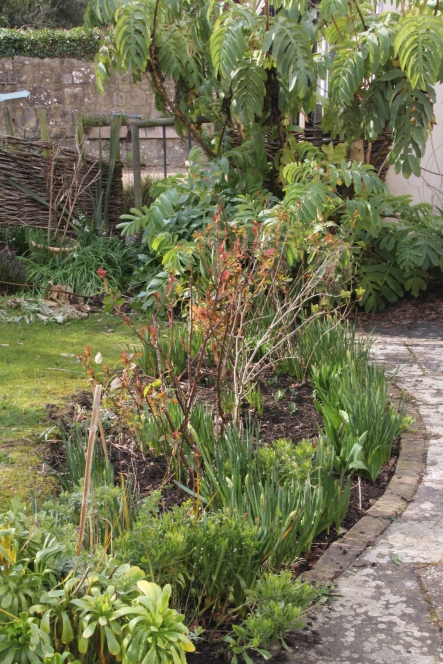 And bulbs aren’t only coming up in beds – there are plenty of pots to look forward to. 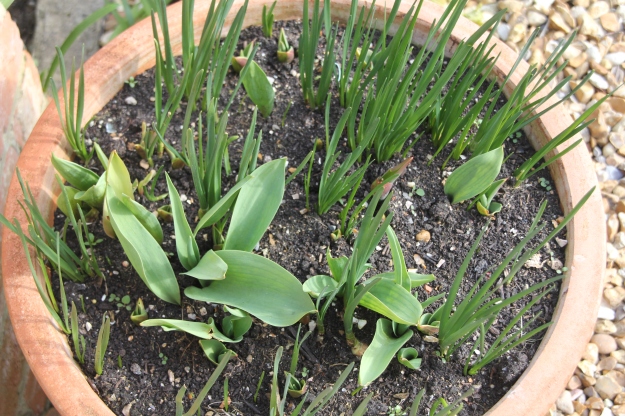 And lastly, news.  So, what’s remarkable about this garden? 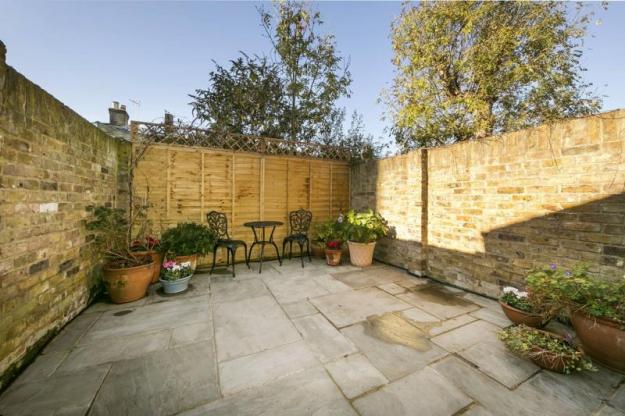 Well, as of last Thursday, it’s ours!  After nearly ten years of me staying in other people’s houses when staying in London during the week, we’ve finally decided to buy a tiny house back in Richmond, where we moved from in 2009.  No plans to sell the house (more importantly the garden) on the Isle of Wight, but the Richmond house will provide a base for the ‘kids’ when they graduate, and for me in the week.  More importantly for the blog, however, it also provides a very blank canvas.  Wish me luck!

With thanks to Helen who hosts our EoMVs.