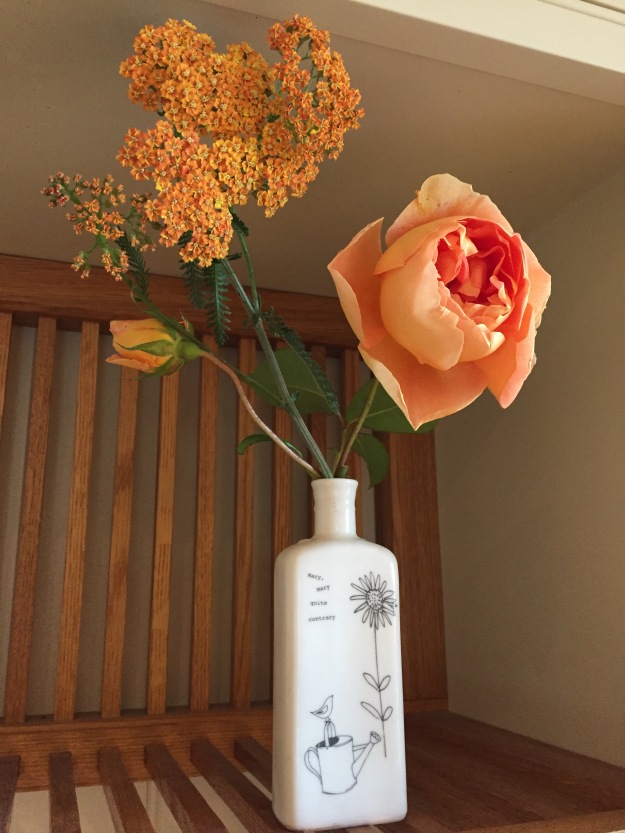 Today I thought I’d deviate from the recent pinks and blues and go peachy.

The rose is Rosa Pat Austin, named by David Austin for his wife.  She’s looking fabulous at the moment with numerous big, blousy blooms warming up the Bronze Bed. 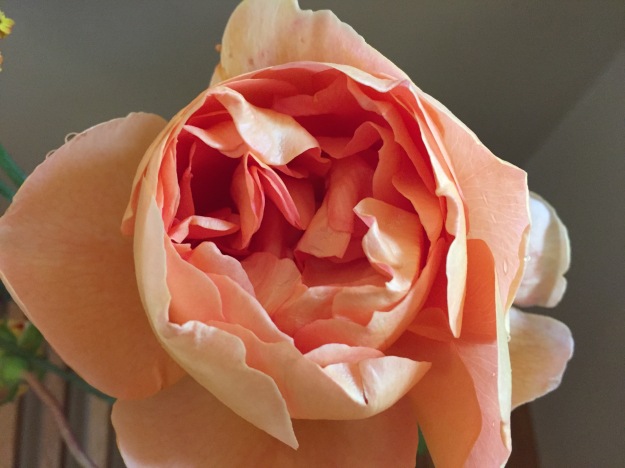 Conversely there was only one bloom of Achillea ‘Terracotta’ which had coloured up (the umbels start green and then colour with age) but as it had flopped over I thought I’d sacrifice it for the vase.

Whether the Achillea will colour up in situ in time to join the roses before they start to fade only time will tell, but I thought I’d capture the moment in miniature today.

Thanks to Cathy who hosts In a Vase on Monday.

And thanks to my lovely sister too, who not only bought this vase as a previous gift, but also for sending me a parcel to open on Sunday, my birthday, with further well chosen pressies, together with the promise of a sisterly night out too.  Thanks for making such a fuss of me sis, no-one else did!

5 thoughts on “In a vase on Monday – Peachy pair”